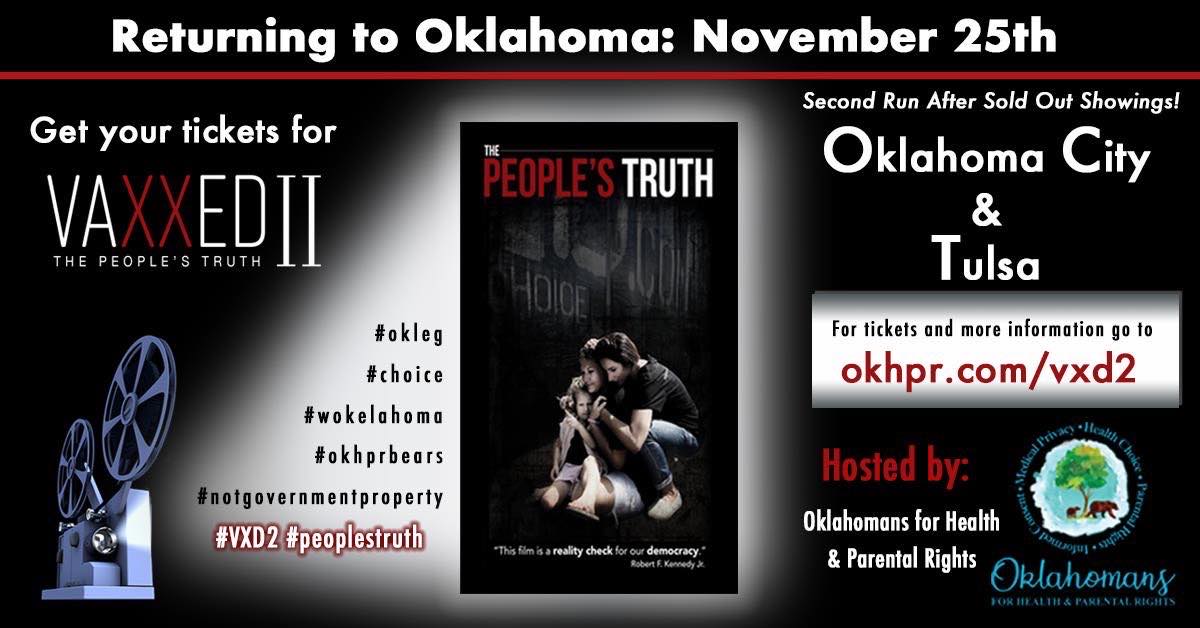 Update!! We just opened up more screenings in Tulsa and OKC due to sold-out showings.

Get yours here ASAP before they sell out again:

You have one week to buy or these films are canceled!!

Vaxxed 2 The People’s Truth is coming to Oklahoma! There will be three different showings on November 6th in Lawton, Oklahoma City, and Tulsa. We are hoping to add Claremore as well. Order your tickets as soon as possible as they will sell out fast!  We will be collectively taking part in a big, worldwide push on social media utilizing the hashtags #PeoplesTruth and #VXD2.

What is Vaxxed 2 about?

In 2016, a media firestorm erupted when Tribeca Film Festival abruptly censored its documentary selection, VAXXED: FROM COVER-UP TO CATASTROPHE, amid pressure from pro-pharmaceutical interests.

Stunned by the immense volume of parents lining up outside the theaters with vaccine injury stories to share, VAXXED producer Polly Tommey began to livestream worldwide reaching millions, and a community that had once been silenced were empowered to rise up.

In VAXXED II: THE PEOPLE’S TRUTH, Polly and the team travel over 50,000 miles in the USA and around the world. Interviews of parents and doctors with nothing to gain and everything to lose exposed the vaccine injury epidemic and asked the question on every parent’s mind, “Are vaccines really as safe and effective as we’ve been told?”

Q&A Panel will follow the Tulsa and OKC showings! 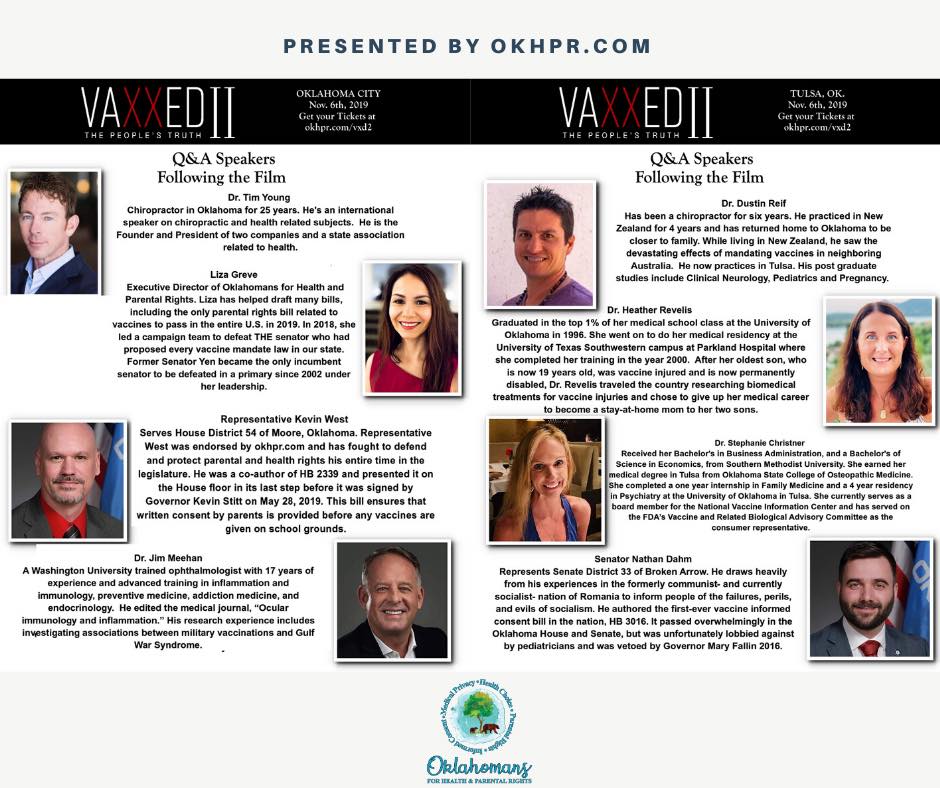