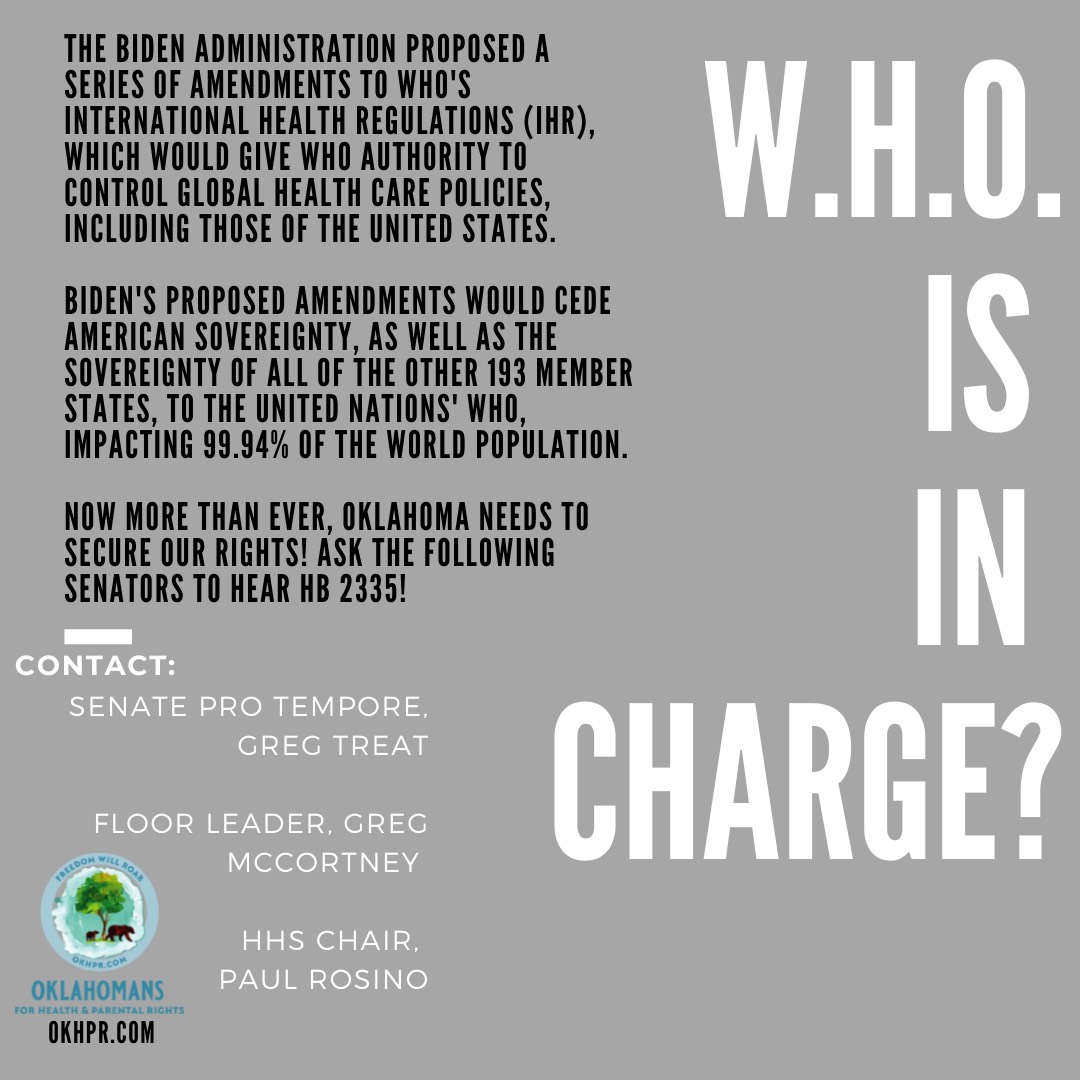 The proposed IHR amendments also cede control to WHO “regional directors,” who are given the authority to declare a Public Health Emergency of Regional Concern (PHERC). Moreover, the proposed amendments allow the Director-General to ring an international alarm bell, by unilaterally issuing an “Intermediate Public Health Alert (IPHA).”

This level of control—over daily activities and necessary supplies to sustain life—should not even rest with our own government, let alone an unelected, foreign enforcement body! It is time to pull out the stops and fight to restore independence and freedom

Congress needs to hear from you, demanding our nation end this relationship with the WHO.

Find your congressperson HERE, and then use this sample email to craft your message.

Subject line: FROM YOUR CONSTITUENT: End the relationship with the WHO.

I am deeply concerned about Joe Biden’s proposed amendments to the World Health Organization’s (WHO) charter, which would cede U.S. authority over our health care, our borders and our laws to unelected, nongovernmental global governing bodies.

This loss of sovereignty will directly undercut the individual freedom of Americans. This is unacceptable.

WHO has come under repeated investigation for corruption, scandals and lies. WHO has proven to be closely tied with and/or influenced by the Chinese Communist Party (CCP). This has become especially apparent during the COVID pandemic.

At the same time, there has been significant outcry from voters across America against digital vaccine credentials (Vaccine Passports) and other government efforts to trace and track law-abiding citizens. In March 2022, WHO launched its global push for Vaccine Passports to restrict and control the movement and freedom of the world’s population.

Meanwhile, more than 20 U.S. states have taken steps to limit or completely ban the use of Vaccine Passports or other digital proof of vaccination.

I urge you to do everything in your power to stop attempts by Joe Biden to put the free and independent citizens of the United States of America under the United Nations and the World Health Organization.