Outgoing Oklahoma Attorney General John O’Connor has been a huge asset for informed consent and health choice during his tenure. St. John Health System has agreed to establish a claims process for employees or former employees who believe they suffered religious discrimination at the hands of St. John Health System. Such employees can contact the Attorney General’s Office at (405) 521-3921 to bring their claims to the attorney general. This outcome creates a potential precedent going forward for employees and businesses as it relates to their health freedom. We want to thank John O’Connor for working for the people all the way until the very end of his tenure! 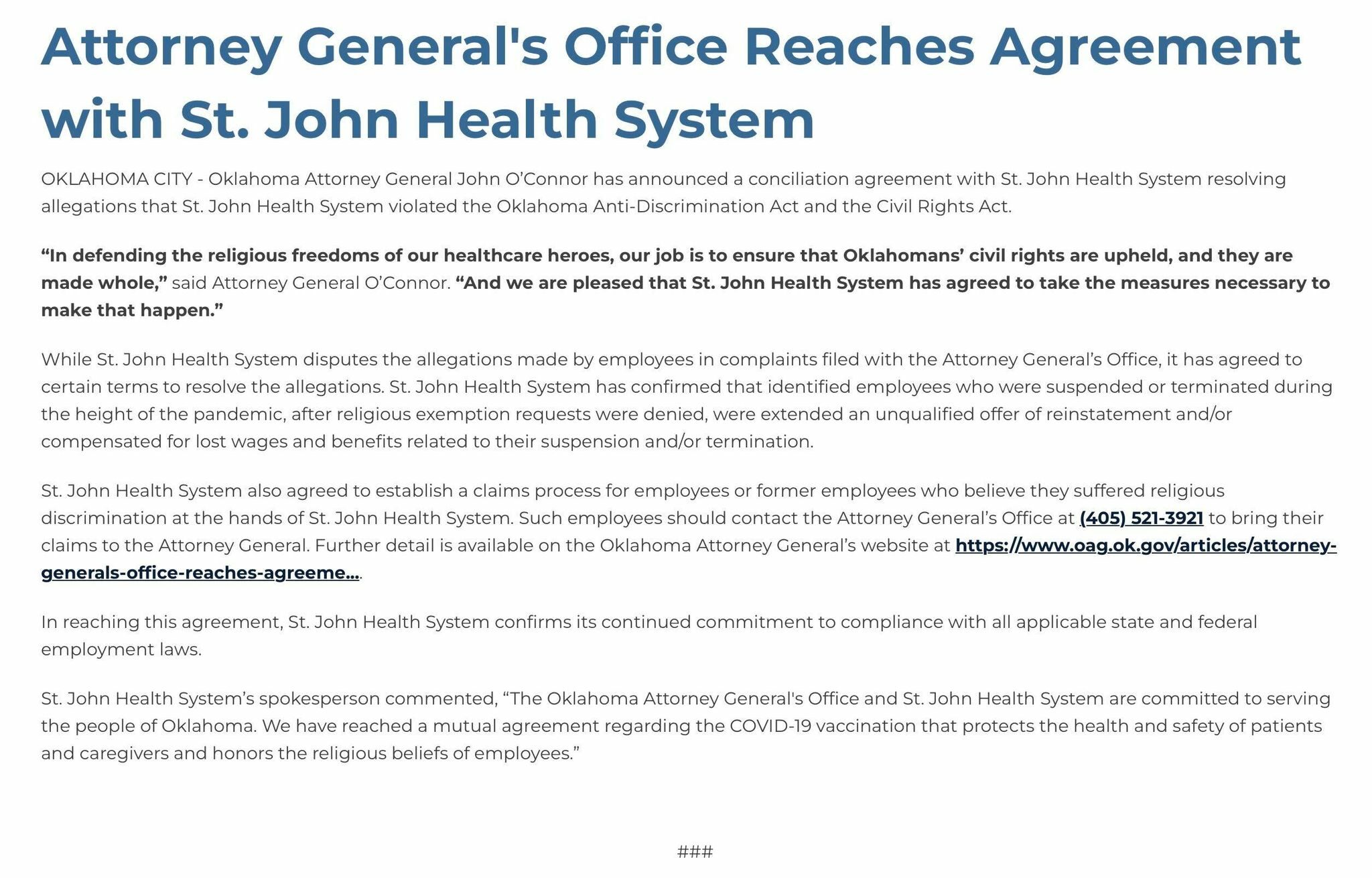