A formal hearing for Rep. Kevin West’s interim study on vaccines was cancelled but the representative went forward Tuesday with what he called an “informational meeting” on the issue under the auspices of the House Public Health Committee.

West’s study – IS 2019H-073 – was approved by House Speaker Charles McCall, R-Atoka, and originally was scheduled to be heard Tuesday by the House Children, Youth and Family Services Committee. The committee met Tuesday morning but its afternoon session on West’s study was cancelled in advance.

House Public Health Committee Chair Sean Roberts, R-Hominy, presided over Tuesday afternoon’s informational meeting and several of his committee’s members and other representatives attended the hearing, along with two senators and a representative from a third senator’s office.

West, R-Moore, said Tuesday’s meeting was not being live streamed like interim studies normally are, but it was being recorded and would be archived on the House website.

“I think this is some very important information we need to hear,” said West, who estimated he has been asked to consider approximately 20 vaccine-related bills in his legislative career.

“There is no doubt this issue is touchy,” said Liza Greve, with Oklahomans for Health and Parental Rights and the parent of a child who suffered a vaccine injury.

Greve asked those in the room whose child also had suffered a vaccine-related injury to hold up their hands. Approximately one-eighth of the room raised their hands. “Some people do not handle vaccines well,” Greve said, noting the increase in the number of required vaccinations and the number that are administered concurrently.

Greve told the story of her family’s involvement in the National Vaccine Injury Court, which was created under a 1986 federal law that gave vaccine manufacturers immunity from lawsuits. Instead, those cases are heard in the vaccine court, which Greve said does not operate like a normal court and few of those injured receive compensation.

Also testifying Tuesday were four doctors. Each had a child they said was harmed by a vaccine and questioned the current requirements and approach to vaccinating children.

Dr. Heather Revelis said her and her husband, Dr. Andrew Revelis, said their son suffered developmental disabilities as a result of his first-year vaccinations. He will never function as an adult, Dr. Heather Revelis told the legislators. She said she and other parents cannot provide informed consent for vaccinations when they are not being provided all the information about them, including the potential harm.

“It’s clear as a profession we know very little about them,” she said.

Dr. Andrew Revelis said, “We did not choose this crusade. It chose us.”

Addressing state requirements that students attending public school receive certain vaccines at specific times, Dr. Andrew Revelis said, “To compel someone to do something has to meet the highest possible standard.” That, he added, was not the case for vaccines.

“We shouldn’t want to compel people to do something unproven if there is just the glimmer of uncertainty,” he added.

Dr. Andrew Revelis said he recognized the federal laws regarding vaccinations could not be changed at the State Capitol. “But what we can do is not compel people,” he said.

Dr. Andrew Revelis said the pharmaceutical industry is intent in keeping vaccination mandates in place and ensuring their liability immunity is maintained. He called the it “a multi-billion industry with a captive audience.”

Dr. Stephanie Christner said she was taught very little about vaccinations and vaccination injuries in medical school and would not have recognized a vaccination injury early in her career if a patient had an adverse reaction.

Christner operates her own clinic now and says more research is available about the harms of vaccines. “People say the research is not there, but it is.”

Dr. Chad Chamberlain said the Center for Disease Control, which among other things is in charge of monitoring ill effects of vaccinations, told the legislators that up to 70 percent of the agency’s funding comes from the pharmaceutical industry. “The depend on supporting pharmaceutical products,” he said, noting vaccines are made by some of the same companies that are responsible for the national opioid epidemic.

Chamberlain said physicians, too, were discouraged and castigated for speaking out about problems associated with vaccines. Lawmakers also were susceptible to the industry’s coercion because it failed to tell the whole story about its products.

Several of the physicians noted there have been few published studies comparing vaccinated versus non-vaccinated children.

Del Bigtree, chief executive officer of the Informed Consent Action Network, said he is aware of one such study. It involved a doctor who helped vaccinate children in Africa who realized there was a natural study at work: Children in one community who had received a vaccine and children in a neighboring community who had not.

The doctor found the mortality rate for the children who had received the vaccine was five times higher than those who had not, Bigtree said. That number increased significantly if the vaccine was administered in conjunction with the polio vaccine, he added.

Bigtree won an Emmy as a producer for the CBS daytime medical talk show the doctors. He said it was when he produced the documentary the documentary “Vaxxed: From Cover-Up to Catastrophe” that his view of the vaccine industry changed. The goal of the pharmaceutical industry, he said, is to push mandatory vaccinations, making everyone vaccine “pincushions.”

“The future of pharma,” he said, “is vaccines.”

Bigtree said the required number of vaccines in the 1980s was 12. It is now 54, he said, and pharmaceutical companies hope to push that number in the hundreds, vaccinating people into adulthood.

“And they are all going to be in your offices burying you in bologna,” he said.

Bigtree took issue with various parts of the industry and its regulation. He said no vaccine has been tested against a placebo and the Centers for Disease Control now says such a study would be unethical because both participants would believe they have been given immunity against a disease when one of them has not. Bigtree noted the Vaccine Adverse Event Reporting System, into which doctors report incidents involving vaccines, is only voluntary and likely contains as little as 1 percent of the actual adverse events that take place each year.

That means, Bigtree said, if there were 538 vaccine related deaths reported in the system in 2018 the actual number would be more than 50,000. “This industry is getting away with murder,” he said.

State Department of Health Deputy Commissioner and State Epidemiologist Laurence Burnsed also testified before the lawmakers Tuesday. He said vaccines were one of the tools used to promote public health. “I’m not saying the science is perfect,” Burnsed acknowledged.

Vaccines, Burnsed said, have been beneficial in the control of epidemics and the prevention of sustained transmission of communicable diseases in vaccinated communities.

Oklahoma’s kindergarten vaccination rate stood at 91.4 percent in the most recent survey, said Burnsed, but officials are concerned about an increase in exemption rates, which now stand at 2.8 percent.

Responding to a question from Sen. Paul Scott, R-Duncan, Burnsed the state health department is not responsible for the types of safety testing Bigtree and others had mentioned. That, he said, was handled at the national level.

Scott, however, said he believed the agency should be pushing for protection of the state’s citizens or researching whether vaccines are safe.

Burnsed and Bigtree disagreed vehemently when Bigtree suggested the incidents of vaccinated individuals contracting measles during a California outbreak was significant. Burnsed suggested Bigtree was “cherry-picking” facts and Bigtree said the same of Burnsed.

“My hope is this discussion begins the conversation so we can continue to have these conversations down the road,” West said at the conclusion of the meeting.

West also hosted a question and answer event Tuesday morning with Bigtree and some of the doctors who appeared at the afternoon hearing. He had invited all members of the House to the event 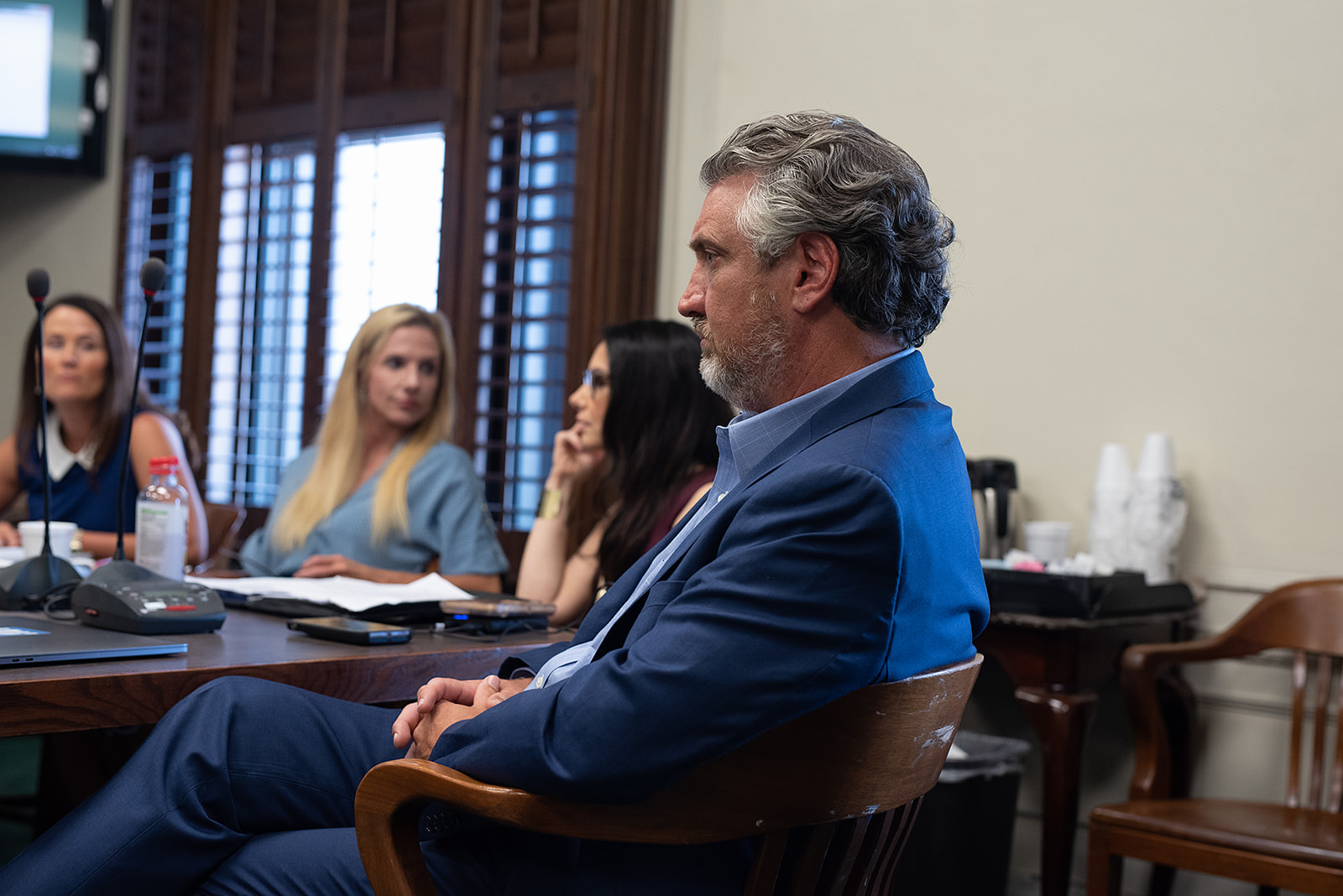 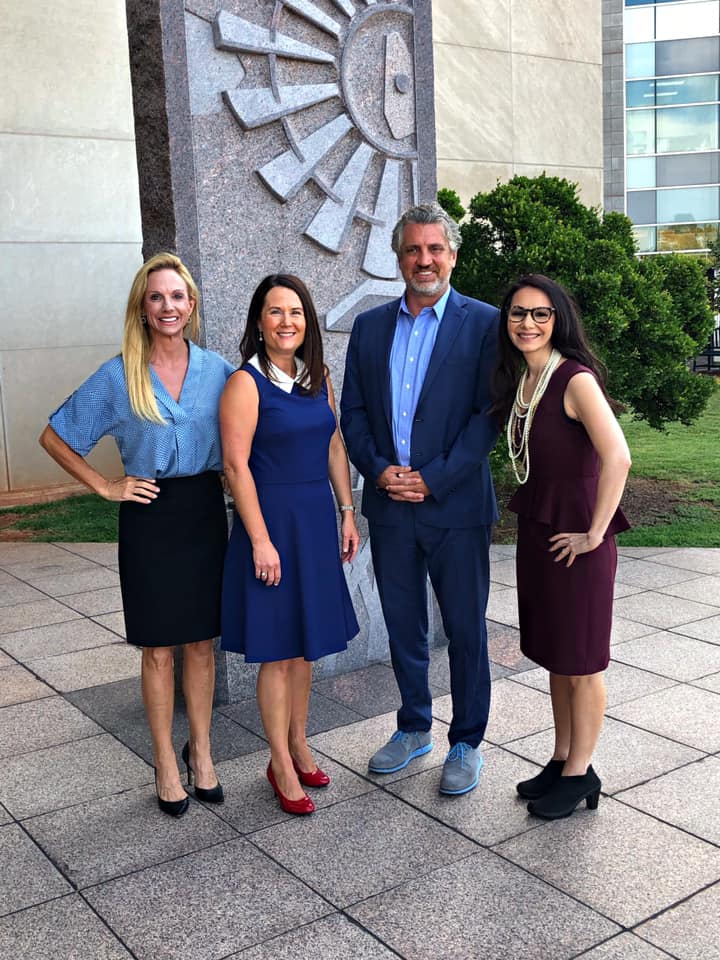 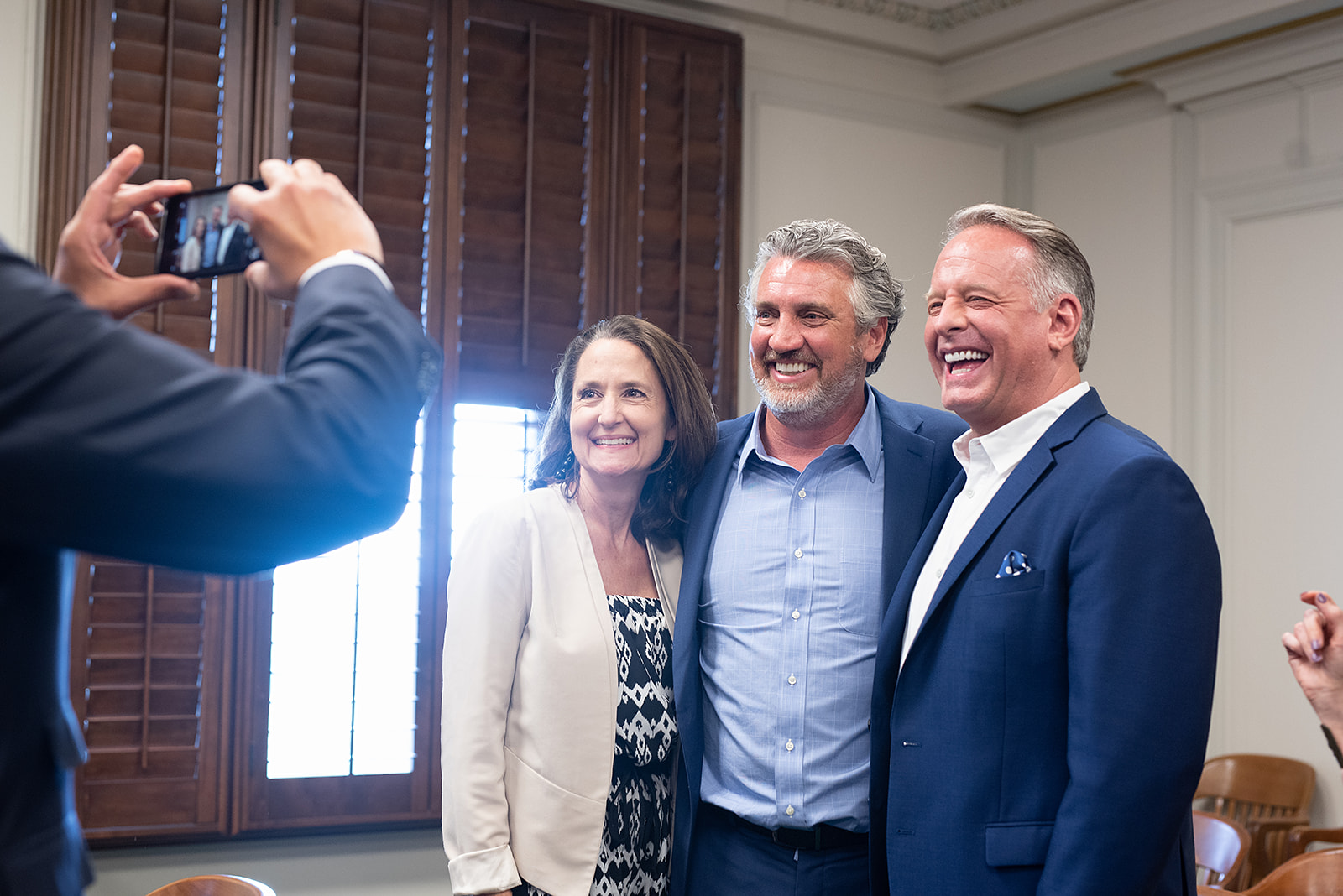 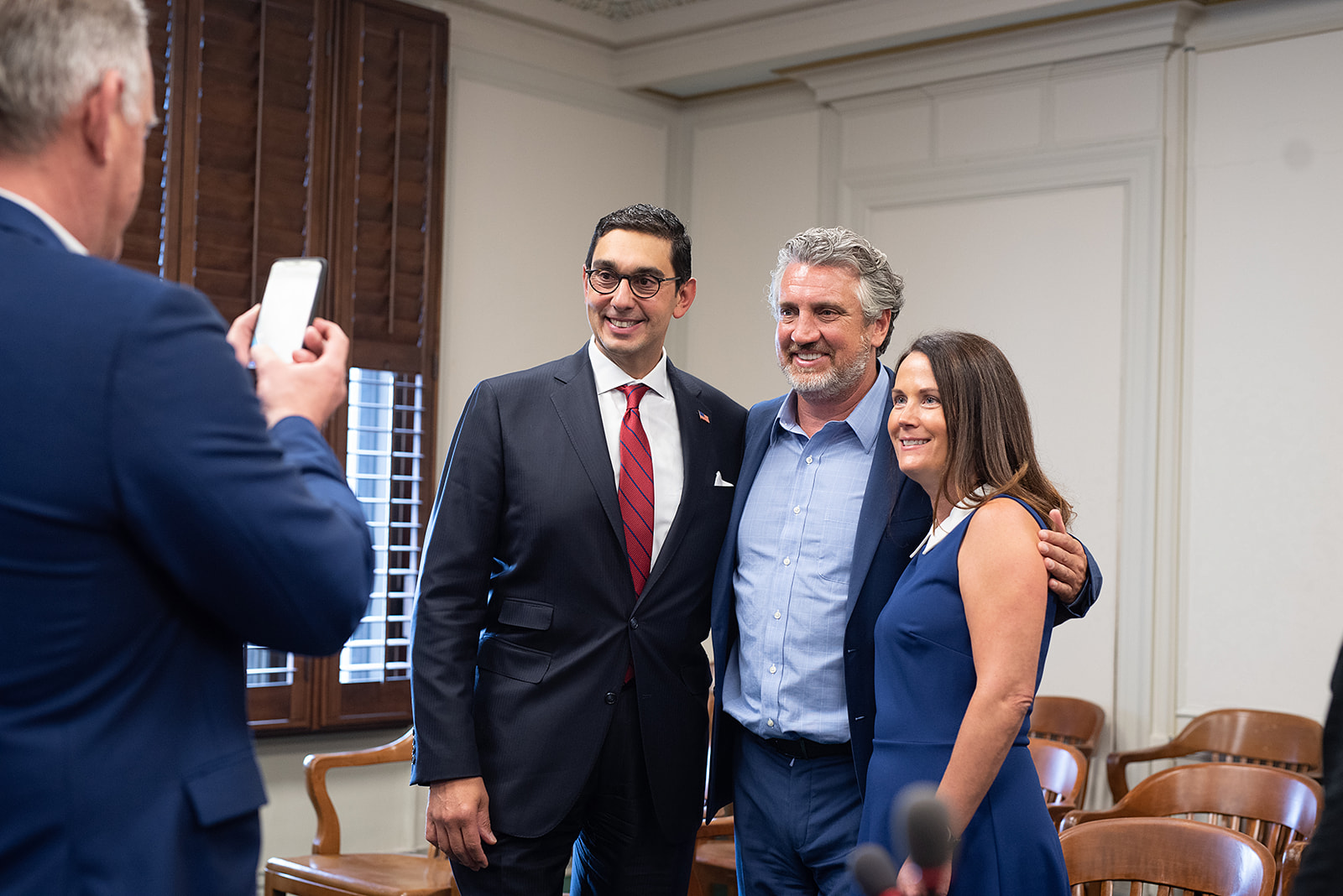 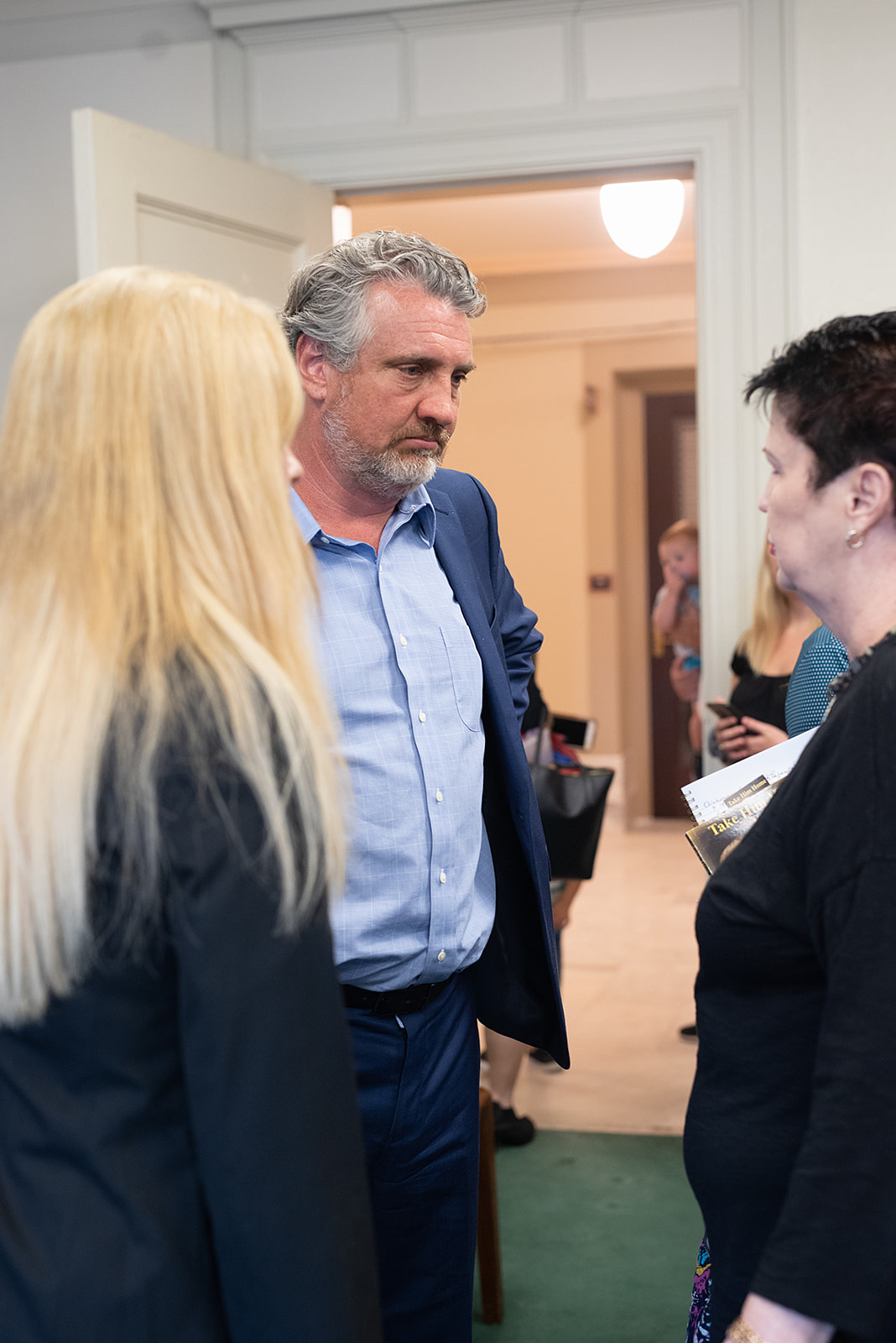 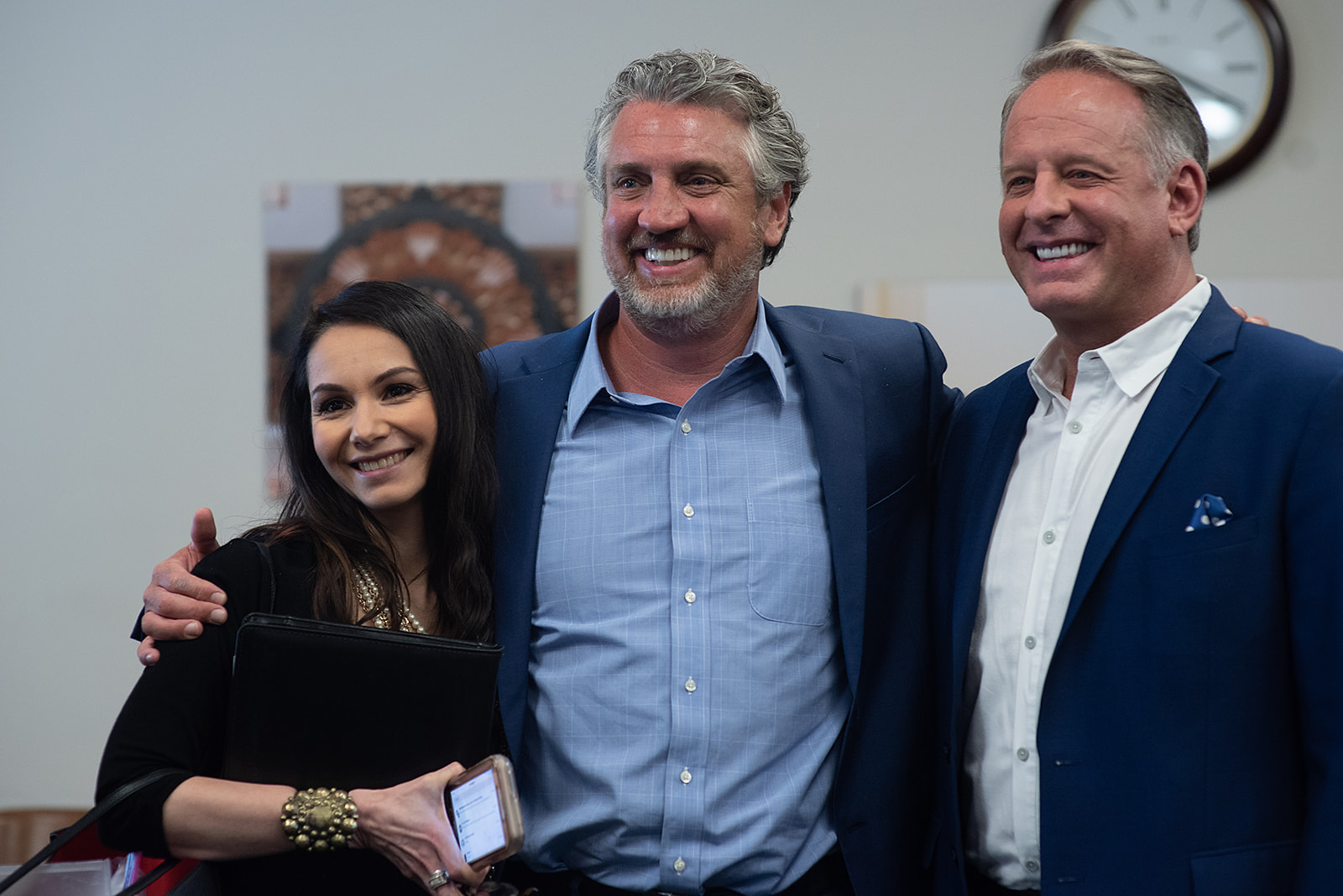 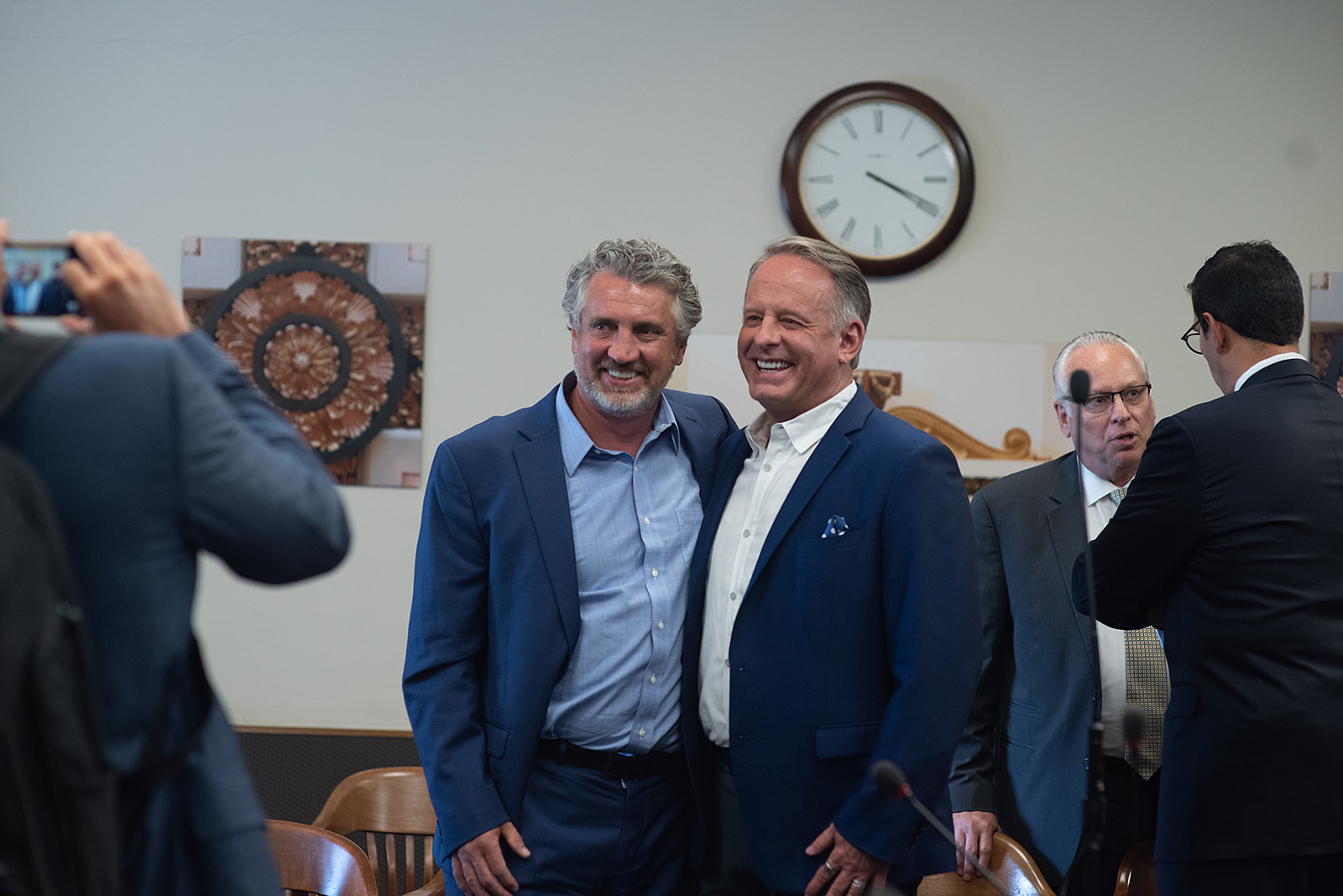 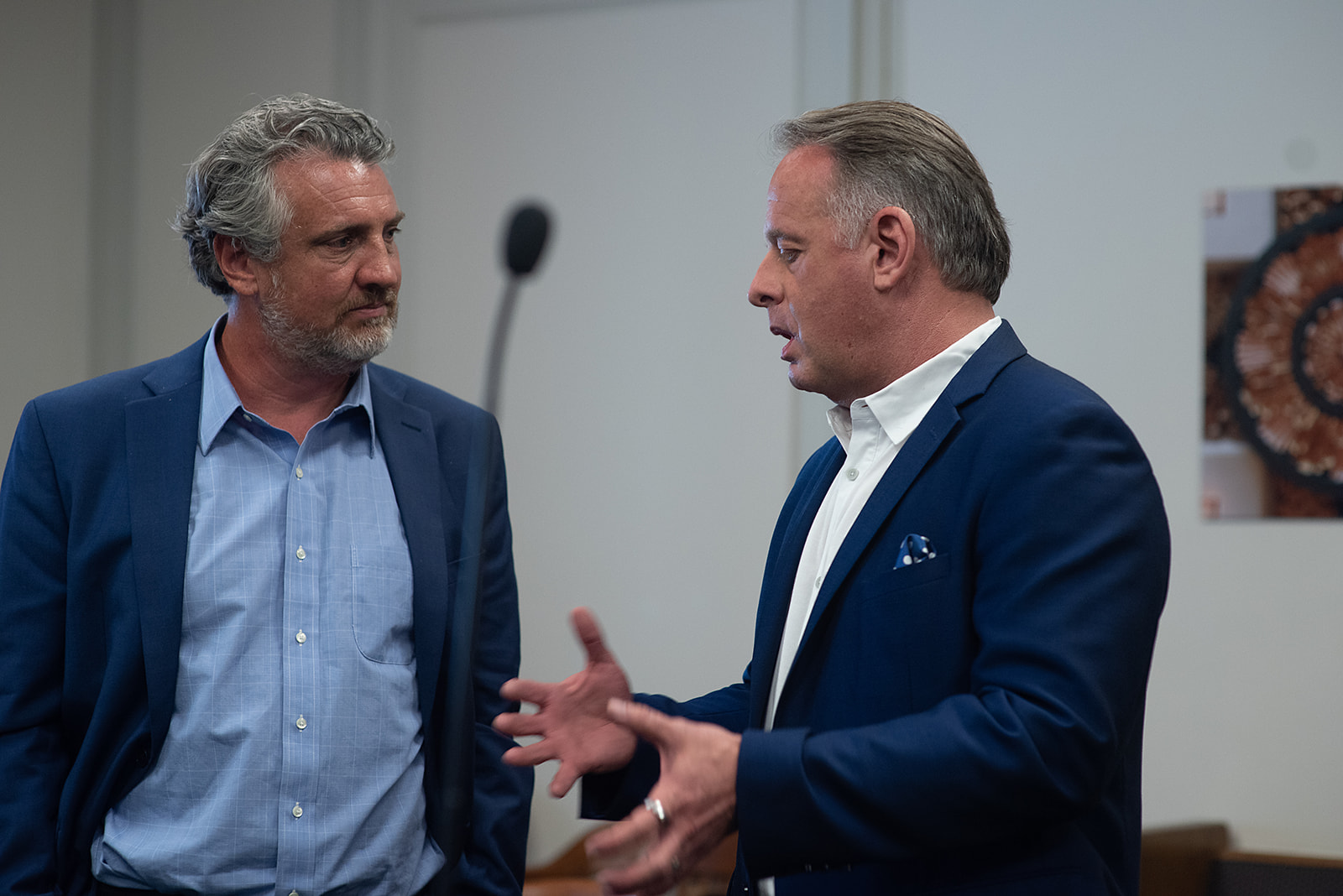 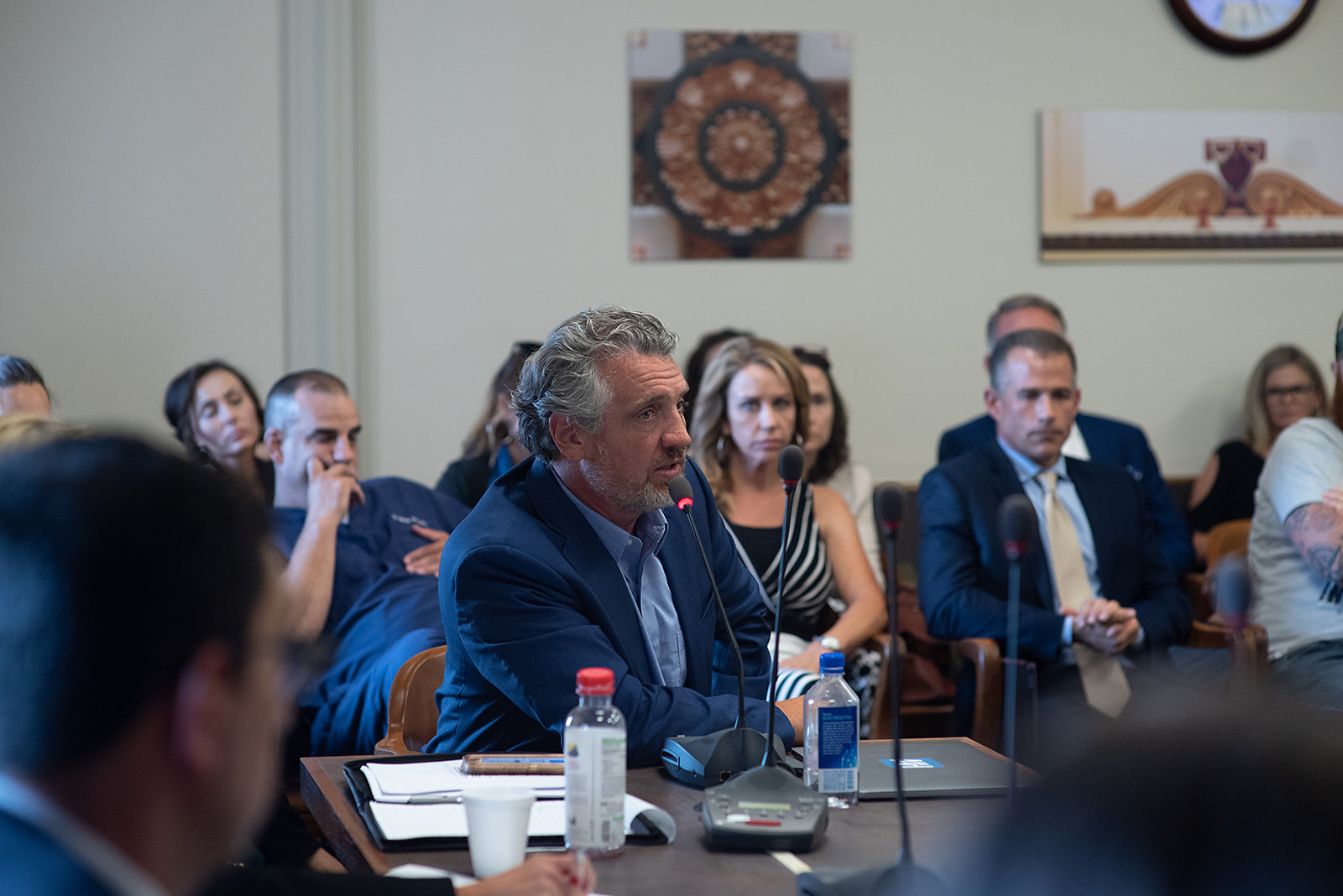 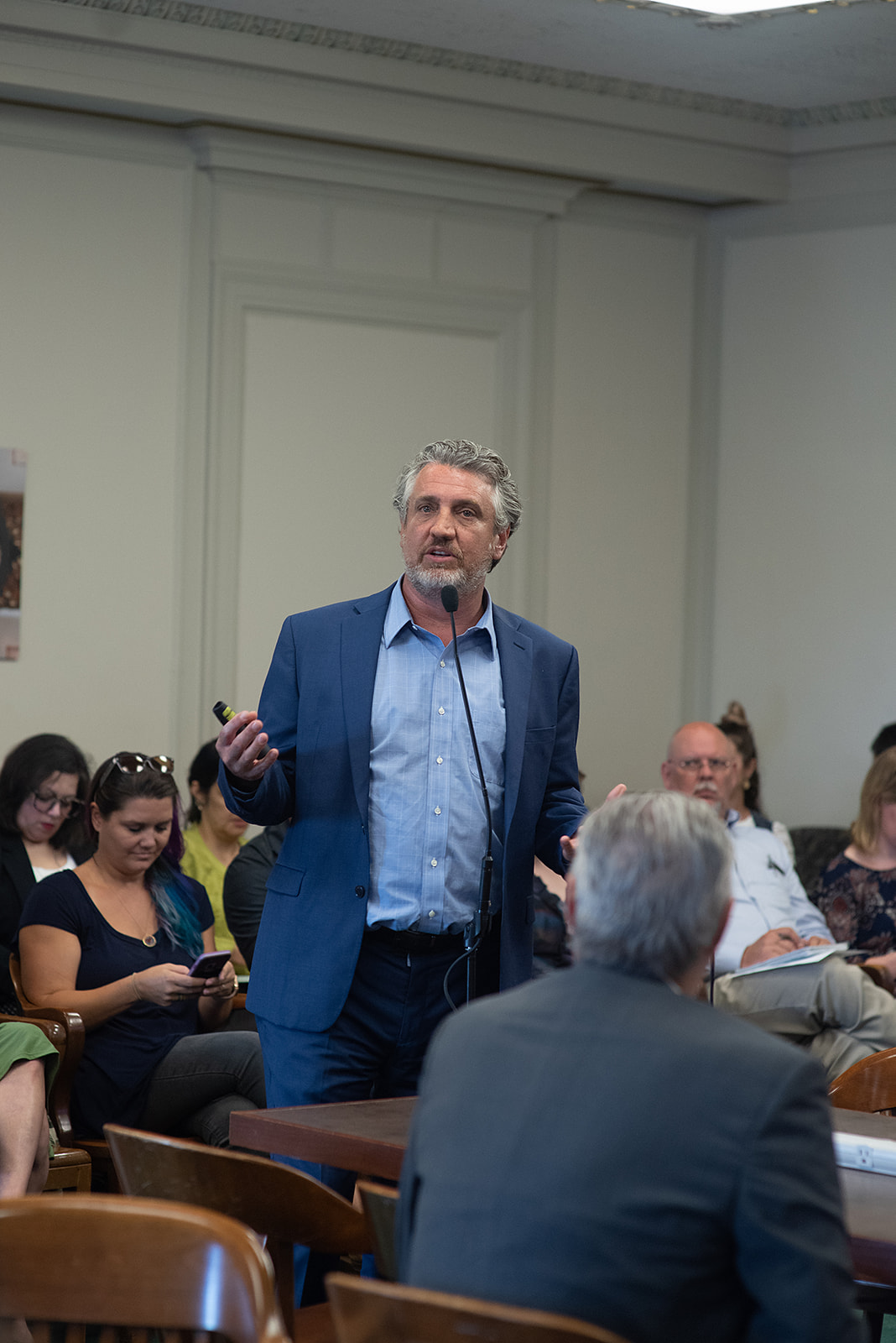 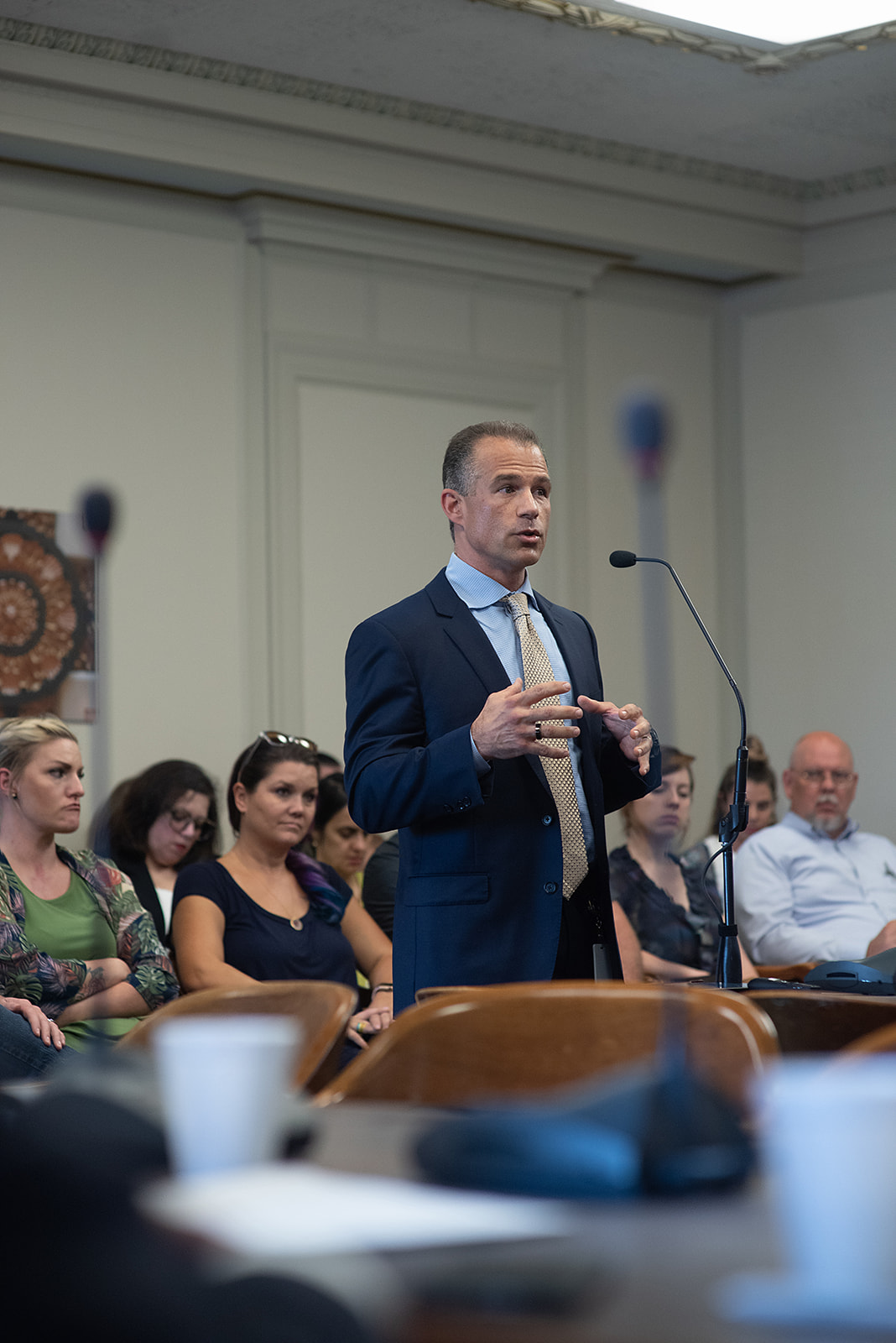 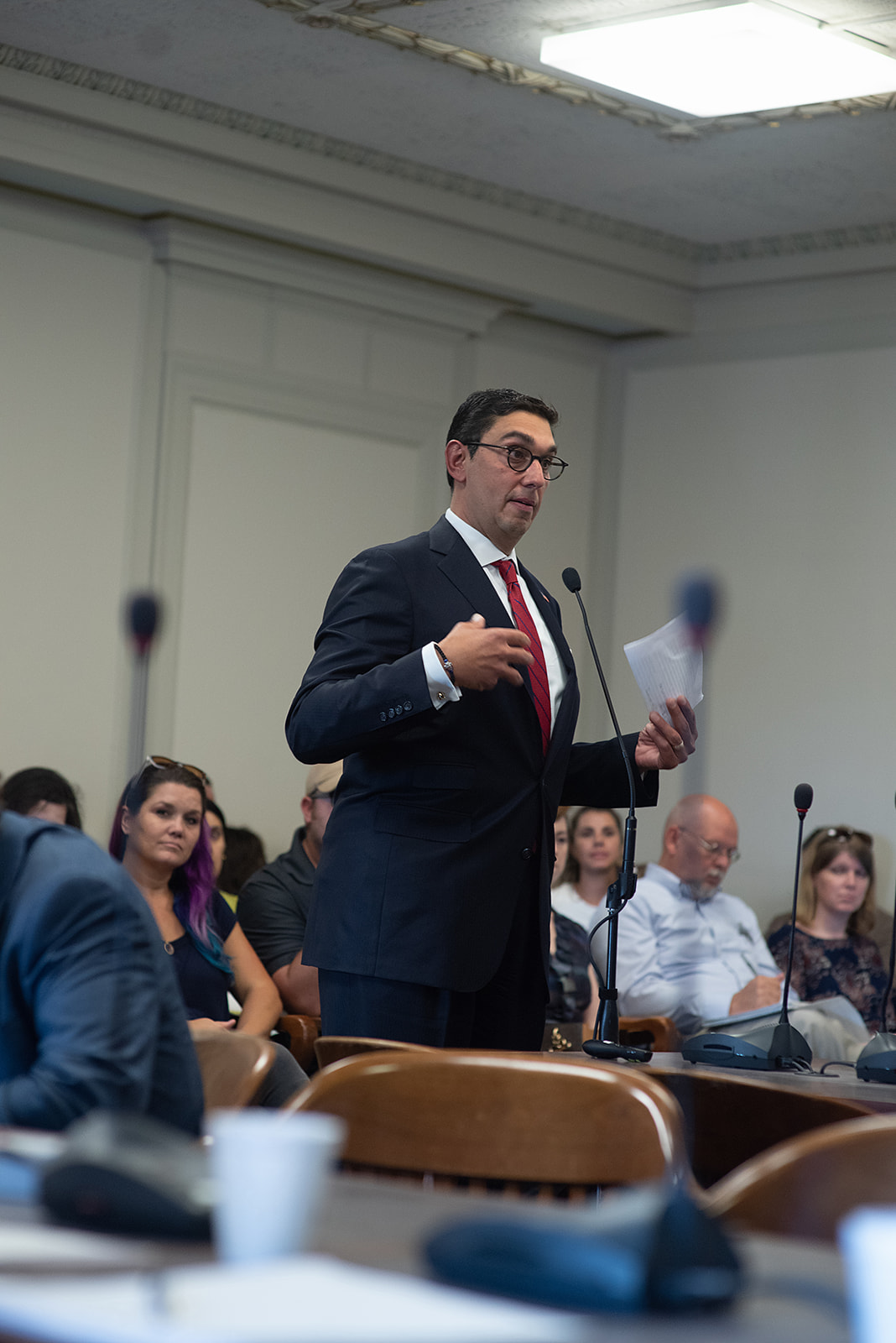 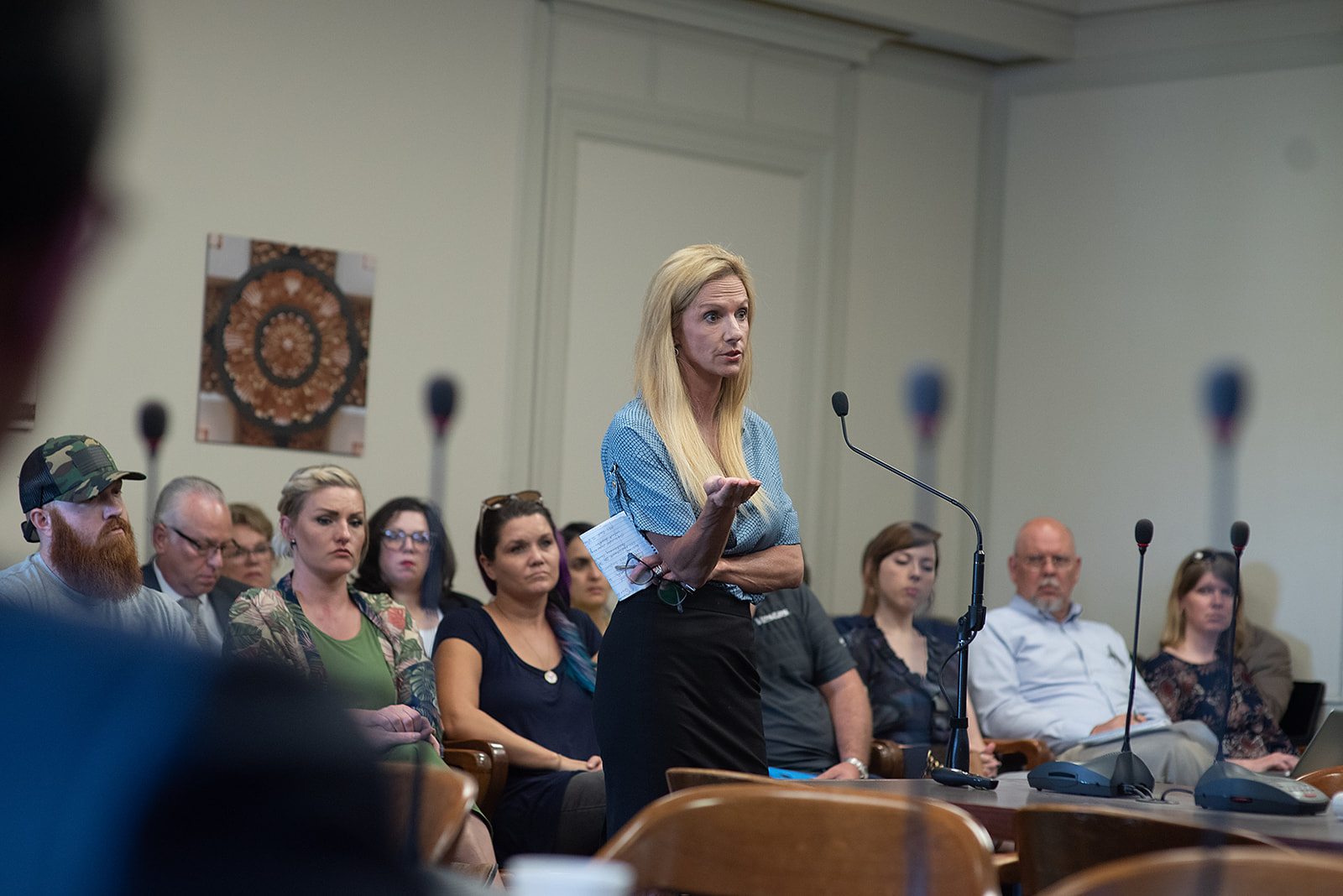 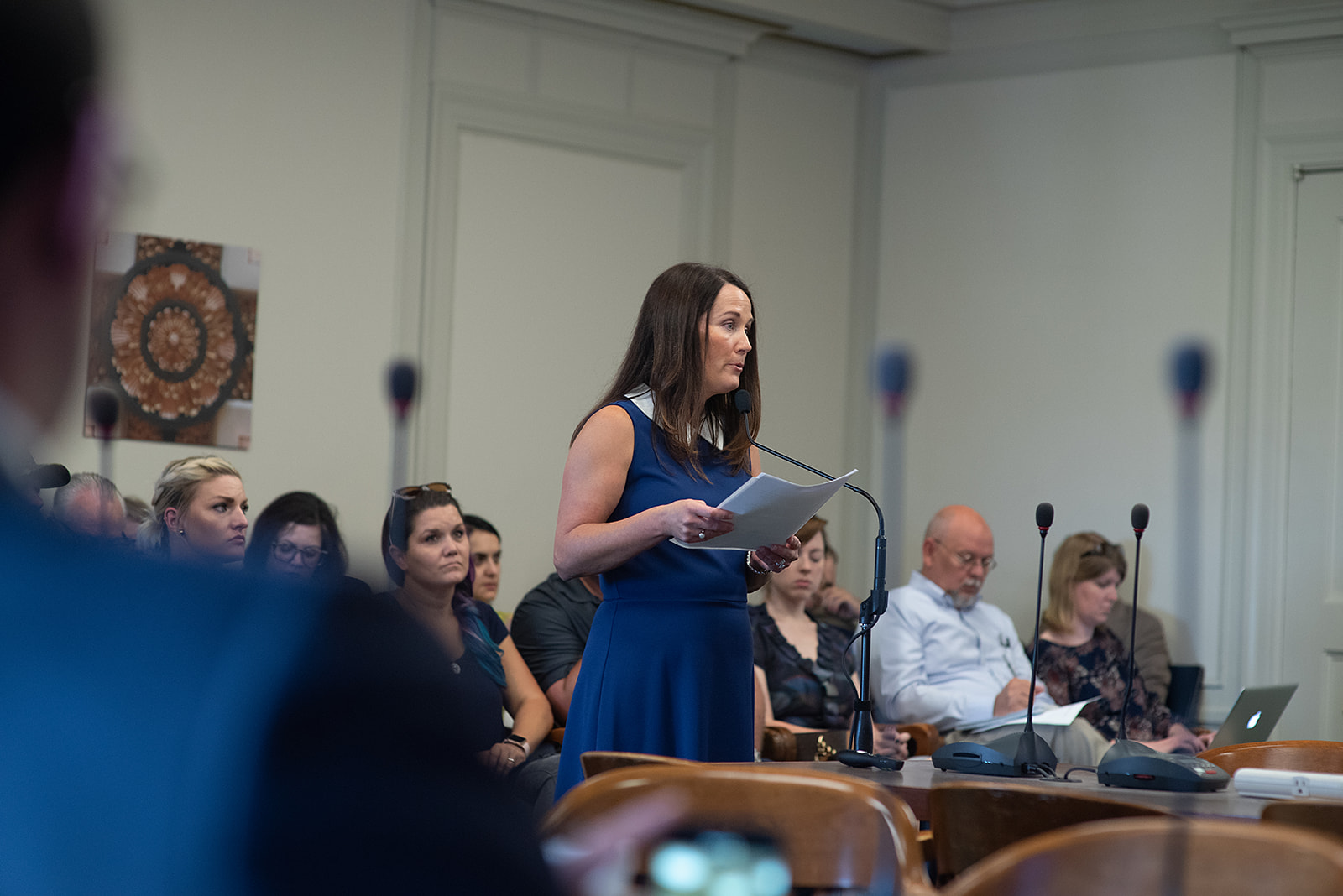 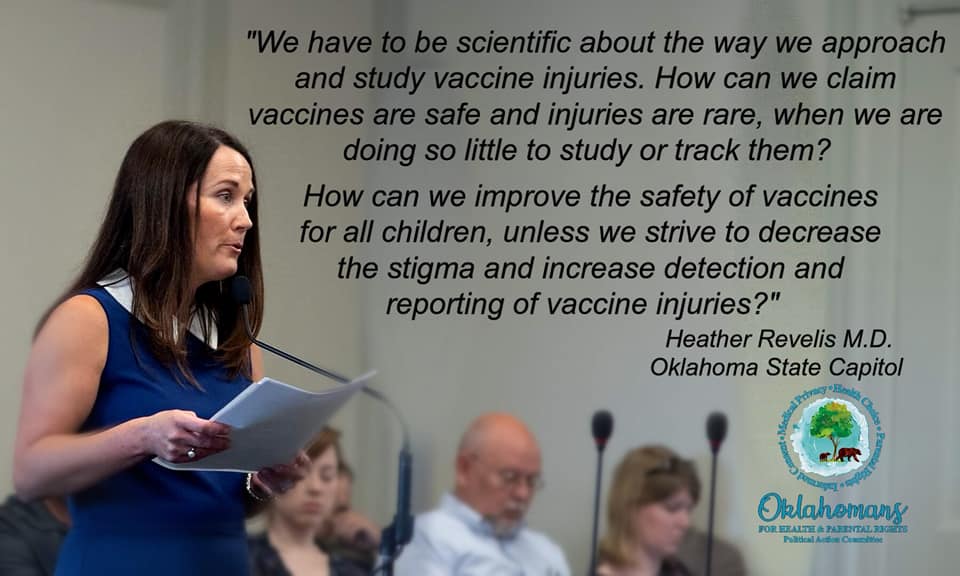 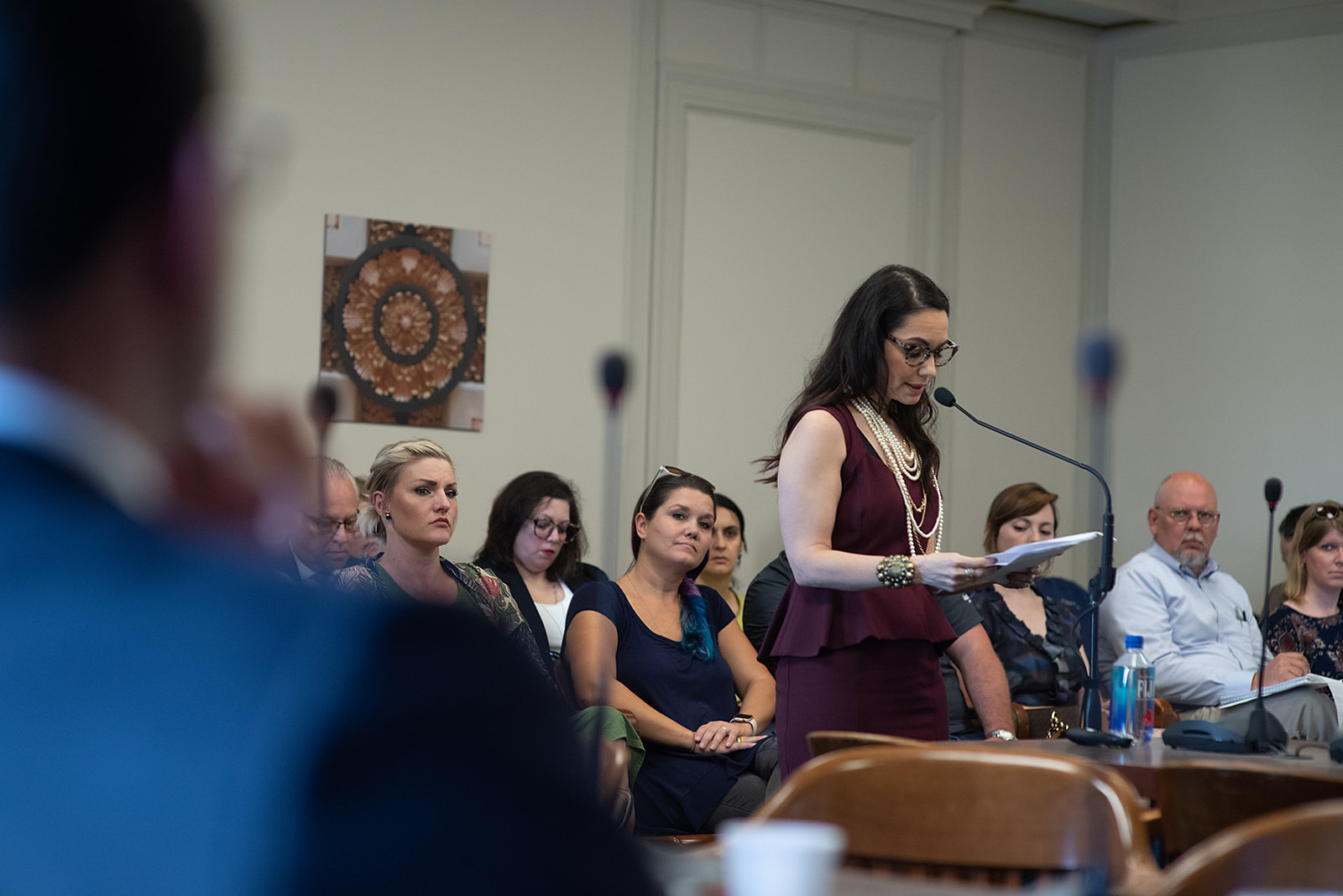 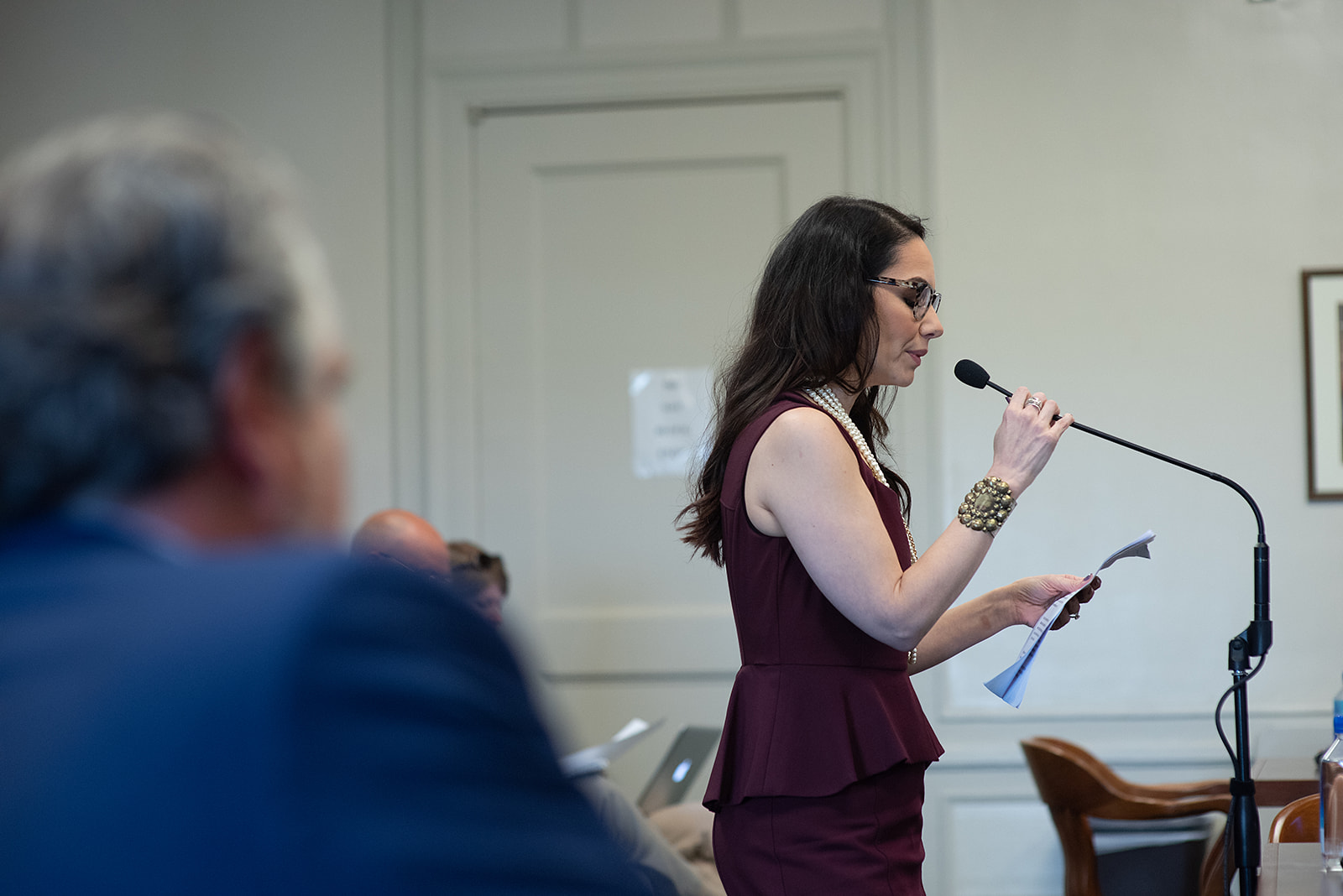 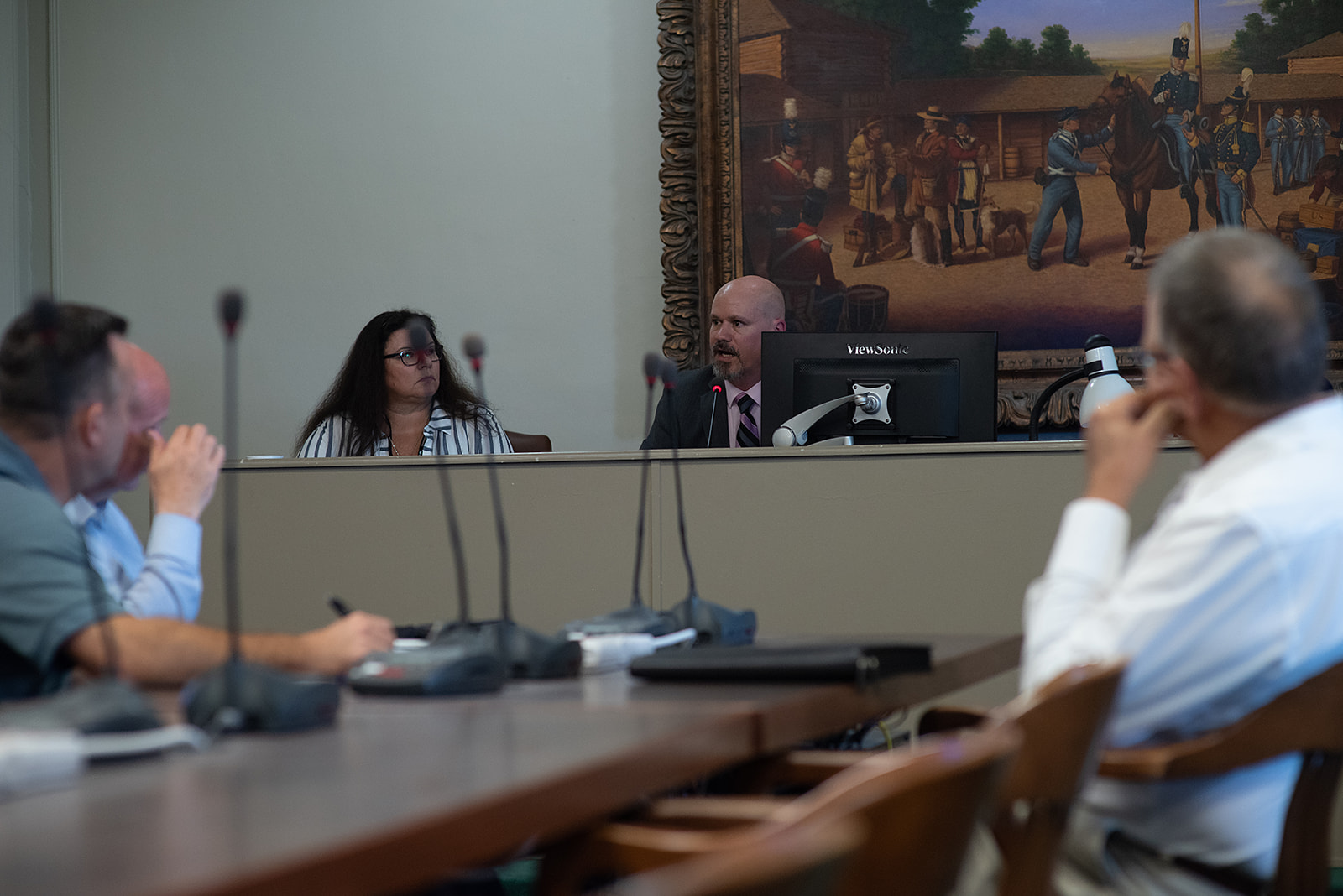 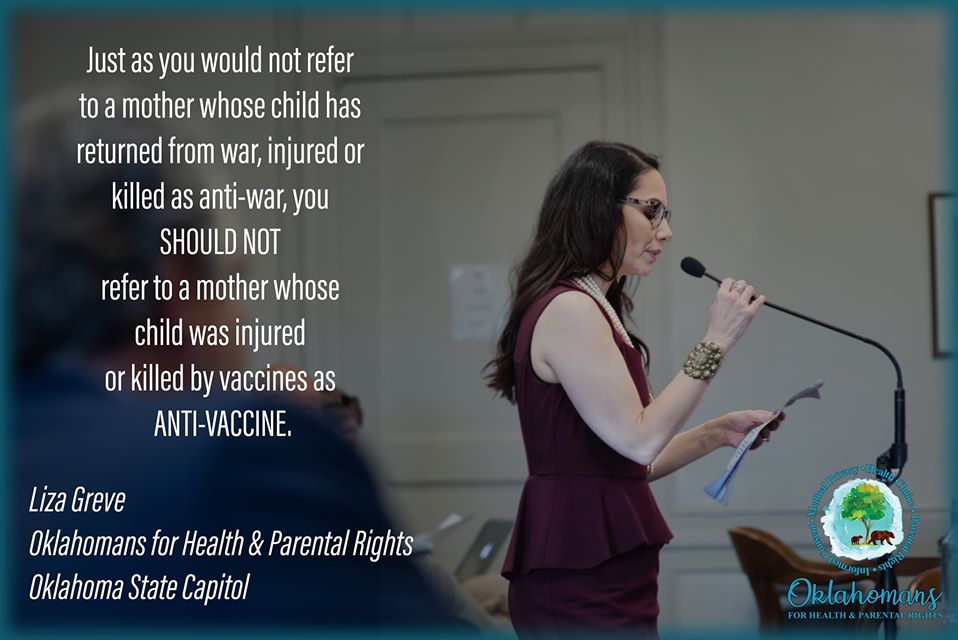